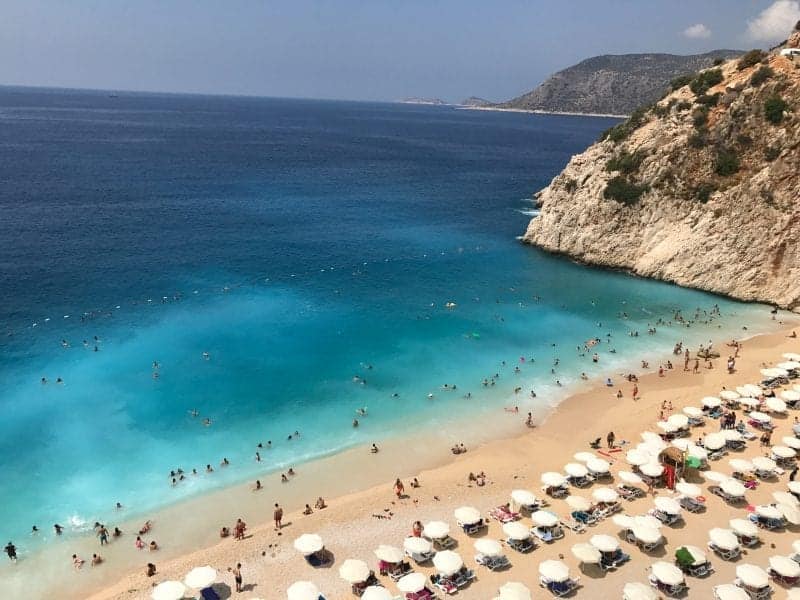 Destination Paradise, a Youtube channel that posts inspirational and relaxing compilation videos of scenic locations all around the world, has posted a new video called ‘Turkey 4K Relaxation Film’. The video captures the mesmerizing architecture and the fascinatingly beautiful natural landscapes of the country.

The Republic of Turkey is a country of unique historical significance as the region has been one of the earliest permanently settled regions in the world, going as back as the Neolithic age. It was occupied by civilizations such as the Hattians and the Anatolians, followed by the conquest at the hands of Alexander the Great. In the 11th century, Seljuk Turks migrated to the region and prospered until the Mongol invasion in the 13th century. In the late 13th century after the Ottomans conquered the Balkans, they began uniting the region under their rule. Constantinople was conquered in the middle of the 15th century and soon the Ottoman Empire became a world power. The empire’s power started declining from the late 18th century and in the early 20th century it was partitioned owing to its loss in the first World War.

Modern-day Turkey holds considerable influence in the region as it is located in a geopolitically strategic location. The country’s economy comprises emerging industries that are a mix of manufacturing and knowledge-driven high-tech enterprises. The country’s tourism industry is boosted by the efforts of the Turkish Ministry of Culture and Tourism that started the project Turkey Home, an effort to brand the country to appeal to international travelers. The country is one of the top ten destinations in the world, ranking 6th in the world in 2019 with over 51 million international visitors. Most of its visitors arrive from Europe, especially Germany and Russia. The country also has 17 UNESCO World Heritage Sites.

If any of the readers are inspired after watching the video to make Turkey the next destination on their bucket list, the best time to visit is in the Spring months of April and May or the Fall months of September and October as temperatures are a comfortable 20 to 30 degrees in that time period. The summer months can tend to get very hot with temperatures reaching the high thirties. Those visiting in Spring can enjoy the parks and gardens that are in full bloom and teeming with life and color. Those visiting in the Fall can enjoy fewer crowds and better deals on most travel packages.

The video has over 3000 views, a feat that it has accomplished in just over a month since its release on the Destination Paradise Youtube channel. The video is almost 50 minutes long and it features calm and soothing music paired with enthralling shots which makes for a compelling viewing experience for anyone who is interested in or planning a trip to the country. The video also has many grateful and appreciative comments that thank Destination Paradise for uploading the compilation. The Youtube channel also has many other amazing nature scenery and mountain drone videos from scenic locations all around the world such as Africa, Portugal, England, and more.